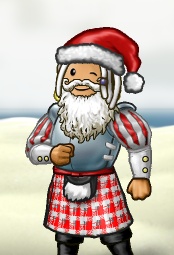 Moneymakerb was once a pirate on the Sage Ocean. However, his character has since gone dormant or has been deleted.

Moneymakerb started out as a greenie on the Sage Ocean trying to look for a fun game. One month into his pirating life, he joined a crew called The Darkness, was promoted to pirate rank and had some okay stats.

He has recently achieved weighty experience in Sailing and is working on getting weighty in Bilging and Gunnery. Moneymakerb just recently bought a war brig and has stocked it but has not had the time to pillage on it.

Moneymakerb is currently happy in the crew Dead Man Walking where he is a senior officer. Several times in his pirate life he has been tempted to start his own crew but he didn't due to the worry of not making enough PoE to buy another captain badge.

He has been in four crews but only two of them still have people in them due to merging and captains quitting.

Retrieved from "https://puzzlepirates.fandom.com/wiki/Moneymakerb?oldid=33540"
Community content is available under CC-BY-SA unless otherwise noted.